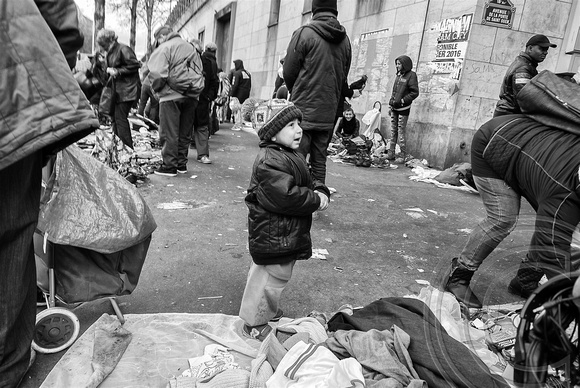 *Small children are a common sight wondering about at the 'ragpickers' market.