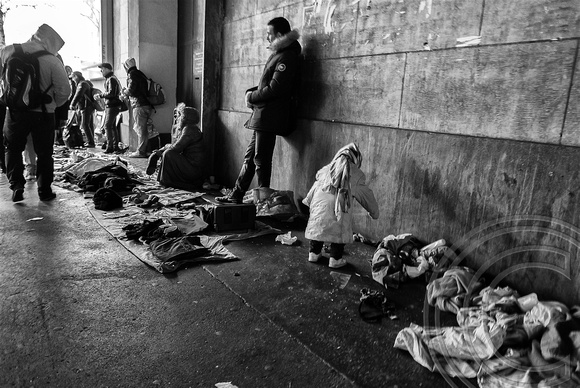 *A small child playing on her own at the 'ragpickers' market.