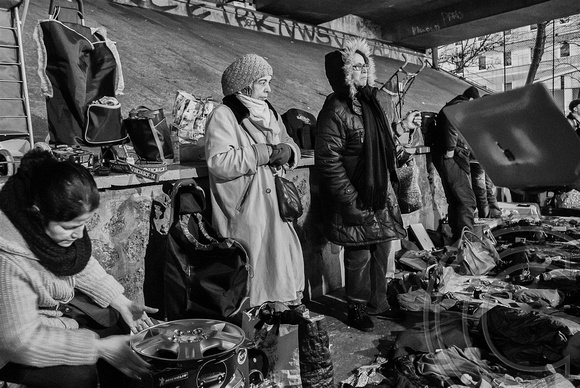 *Paris' 'ragpickers' market selling anything of value collected from trash cans. Women under the warm orange light under the bridge.