A Win for Timor Leste in International Photo Awards

ONE of my more poignant photographs ‘Boy with a Gun & UN’ taken in Culuhun, Timor Leste, has this week been awarded 1st prize in the 2014 International Loupe Awards for Photojournalism.

The Loupe Awards (formerly the Aperture Awards) are judged by leading international  photographers and photo editors.

First prize in the Photojournalism category for ‘Boy with Gun & UN’ is particularly pleasing because it is also prize for Timor Leste and brings worldwide attention to a magnificent country and its people. It's a somewhat poignant photograph. The UN brought peace, food, shelter and contributed to the stability to Timor Leste; and in this image we have a young boy racing across the street with a gun (read - toy) towards the UN vehicle. It probably should be called 'Future, Past'...

My photograph of Jose Belo ‘Fighting for Press Freedom’ finished 18th and another image from my Timor series at the chook fighting in Bidau finished 30th.

In all, three images finished in the top 50 of the 2014 International Loupe Awards for Photojournalism for the second year in a row. In 2013, my Paris series featured amongst the awards.

I am currently working on a book on Timor Leste that I hope to have finished in 2015. Obviously, given my style of work it won’t be a tourist guide, but I hope it will mirror the resilience and tenacity of the Timorese people.

The Timorese are the soul of a great nation that struggled and won against the murderous rule of Indonesia and to this day they continue to fight for their freedom against poverty, corruption and nepotism - despite their struggles they are a happy, caring and loving people.

Prizemoney will be donated to several charities in Timor Leste. 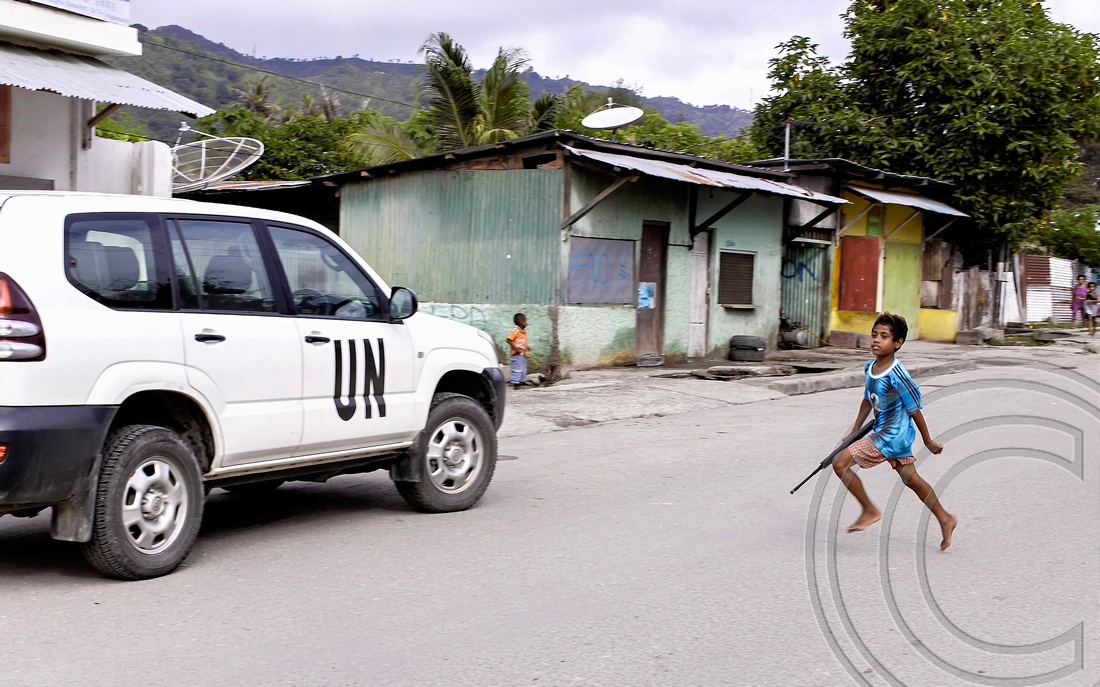 East_Timor_mcdonnell_01B ***Winner 2014 International Loupe Award for Photojournalism***A boy with a toy gun runs towards a UN vehicle in Culuhun, a suburb of Dili

*This image won the 2014 International Loupe Awards for Photojournalism