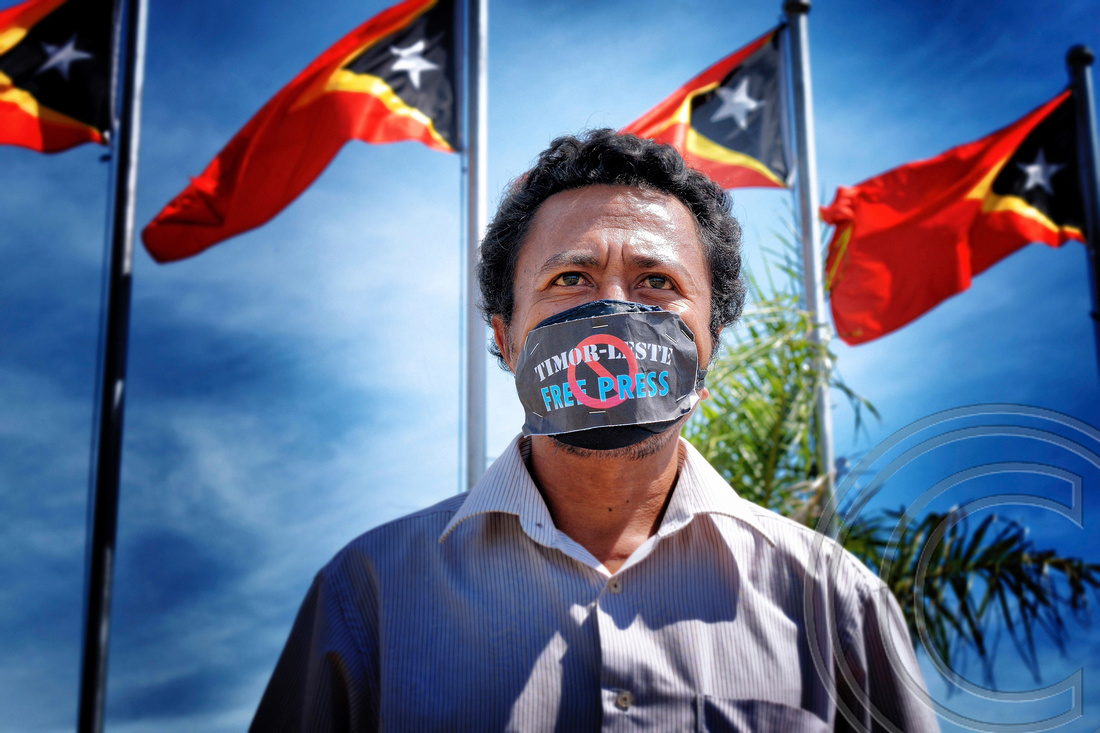 Caption: Jose Belo fighting for freedom of speech was sued for defamation a number of years ago trying to reveal political corruption

If ever you wondered whether Timor Leste PM Dr. Rui de ­Araujo was a "puppet" in a morally depraved regime trying to hide the alleged corruption of past Prime Ministers his defamation action against journalist Raimundos Oki is proof positive.

In my opinion the current Prime Minister of Timor Leste is representing one of the world's most dishonest regimes.

His action to sue a journalist for defamation is extraordinary and shows that his government (and his puppeteer form PM Xanana Gusmao) are dooming Timor Leste to a tag of one of the world’s most disfunctional nations.

The current government headed by Dr Rui is teetering on the brink of potential collapse.

And rightly, the current President Taur Matan Ruak has compared the regime running Timor Leste as very similar to the despot government of Indonesia's long dead President Suharto. As we all know the Suharto regime was both murderous and corrupt. Suharto was a despot of the first order.

History may show that TMR could well have understated the seriousness of Timor Leste's situation.

Gusmao learnt well from Suharto and he has mentored many Timor Leste politicians in the art of misleading his people; seeking scapegoats when a country squanders its oil funds; ensuring family is rewarded with hundreds of millions of dollars; and allegedly disposing of anyone who speaks out against your corrupt regime.

No wonder Gusmao sacked the foreign judiciary in November 2014. He has a lot to hide.

Now Dr. Rui has taken up the mantle of despot ruler and he is a fast learner. He wants to shutdown freedom of speech and one way to do that is sue journalists; or even better jail them.

The legal action against Raimundos Oki is a legal warning shot above the heads of all people who want to reveal endemic corruption within Timor Leste’s political elite.

One might say a legal warning shot is better than the bullets Mauk Moruk received in August 2015 that permanently shut down the former commander from talking on the corruption of Xanana Gusmao.

As for Dr. Rui and his defamation action against Raimundos Oki it proves the current PM of Timor Leste is a questionable character taking orders from above. He is not a believer in freedom of speech nor does he care about the alleged past sins and crimes of his mentor Xanana Gusmao and many of his fellow parliamentarians.

Dr. Rui quickly betrayed his fellow Fretilin parliamentarians to drink from the silver goblet by taking over from your "mentor" Xanana Gusmao.

The western world well knows Timor Leste is a your puppet regime and the people of Timor Leste know they have been misled and poorly served by multiple governments.

Dr. Rui may well attempt to silence the media; and attempt to hide the alleged ill-gotten gains of the political elite, but that will not stop him from being thrown into the political dustbin in 2017. A just place for a man so badly conflicted and who has failed his people just like his mentor.